From a student project to a major company in Polish space market – this is the history of Scanway in a nutshell. Already as a student, Jędrzej Kowalewski, company founder, chose laser systems and vision observations as his major area of study. As a doctoral student on an internship at the Fraunhofer Institute in Germany he, however, came to a conclusion that he would pursue his goals best not through scientific activity, but by starting his own company. This is how his first company, Siviso, was founded.

In the meantime, together with other young people from the Wrocław University of Science and Technology, he implemented a student project called FREDE, the object of which was a pioneering study on the breakdown of CFCs in the stratosphere under the influence of UV radiation. He met a number of inspiring people. While conversing on the project and on their interests, they discovered that space is the passion they share. They decided to jointly take part in the Rexus/Bexus competition held annually by the European Space Agency (ESA), addressed to students interested in running experiments in space. Having analysed their own competences and capacities, and having confronted the analysis with ESA’s expectations, they concluded that they would like to apply for the project and present their idea to build a space drill. The idea was innovative and, at the same time, deeply rooted in industrial reality. They called it DREAM (DRilling Experiment for Asteroid Mining). Project documentation included a concept, visualisation and schemes. The project passed the stage of initial verification and, following necessary corrections, it was presented as a final concept at a meeting with ESA in Noordwijk, Netherlands, in December 2015. The committee was very enthusiastic with the presentation, and the project was accepted for implementation.

The entire work, from the submission of initial documentation to the launch of the drill in a rocket, took 18 months. We learnt so much. We had to build a fail-safe device that would withstand the acceleration of 20g and the speed of Mach 5. Such a device cannot be operated from Earth. It cannot be restarted or repaired remotely. It must work at once. We received considerable support from the German Space Agency, which operated the rocket, and from ESA’s Education Office, but we ourselves also had a huge amount of work to handle. – says Jędrzej Kowalewski.

The experiment was successful. The DREAM drill was launched into space in March 2017 and performed first drilling works.

Works on a satellite

A new company, Scanway, was established during the works on the drill. The company was to combine earlier experience from the area of vision observation with technical competences acquired during the work on the drill. It was decided that the company would focus on the construction of an Earth observation satellite. Poland had never built such a satellite before. At the same time, the knowledge and skills of the company’s team were a solid basis for such work. The company established its headquarters in Wrocław Technology Park, as it ensured access to laboratories and provided startups with necessary support.

In May 2017, Scanway applied for a subsidy for R&D works on a satellite for a programme called “Quick Path” organised by the National Centre for Research and Development, winning the first place in that edition of the competition. The satellite’s engineering model is assumed to be built by the end of 2019.

Presentations given at industry conferences, such as “Innovative Europe – Fly me to Mars” or the International Astronautical Congress (IAC) in Australia, and being ranked first in NCRD’s competition led to the change in the company’s perception. It was not perceived as a student project any more, and became a full-fledged actor on the Polish space scene. It was soon invited to join a working group developing the Business Technology Roadmap for the Polish space sector as part of National Intelligent Specialisations. 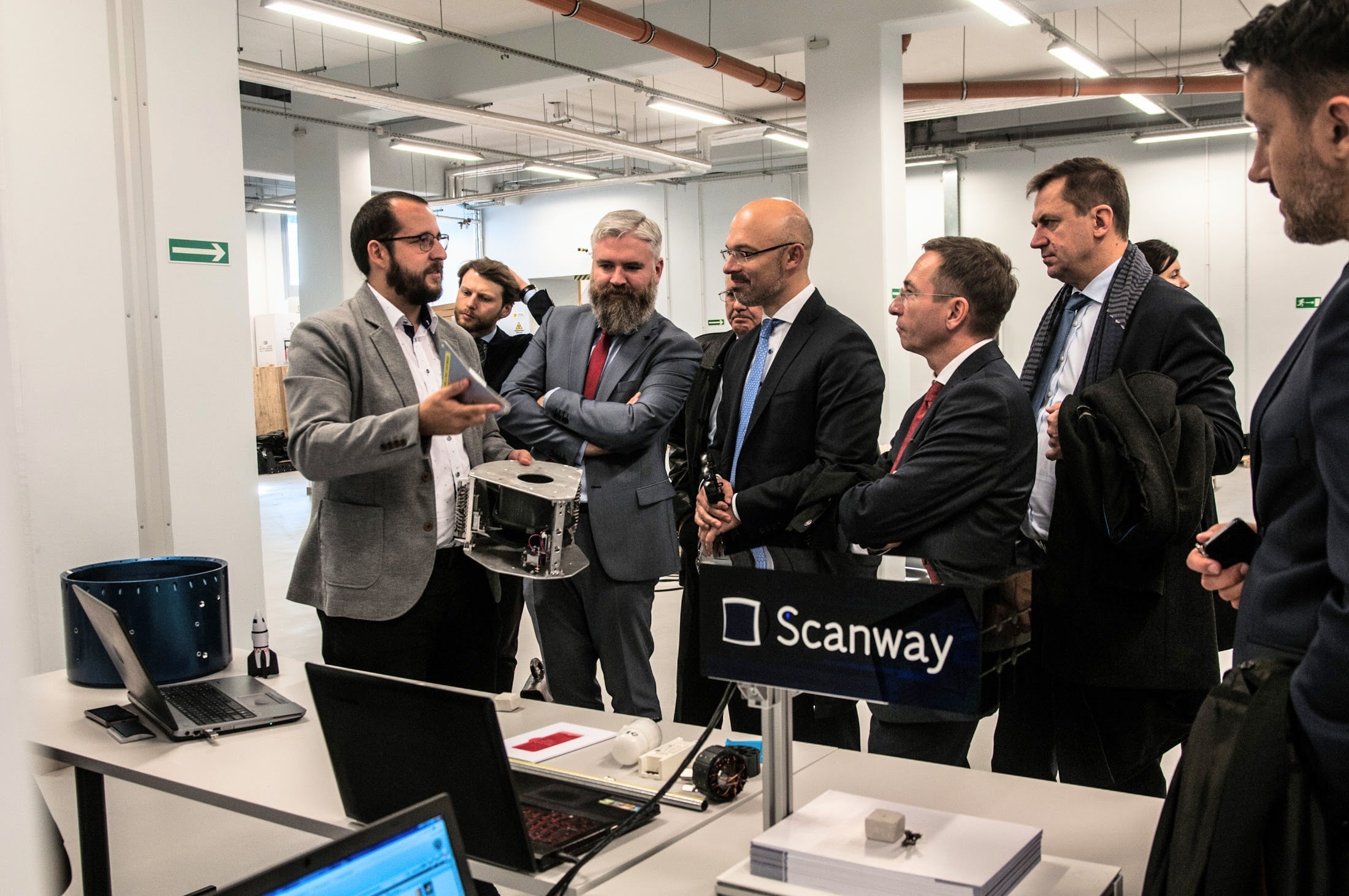 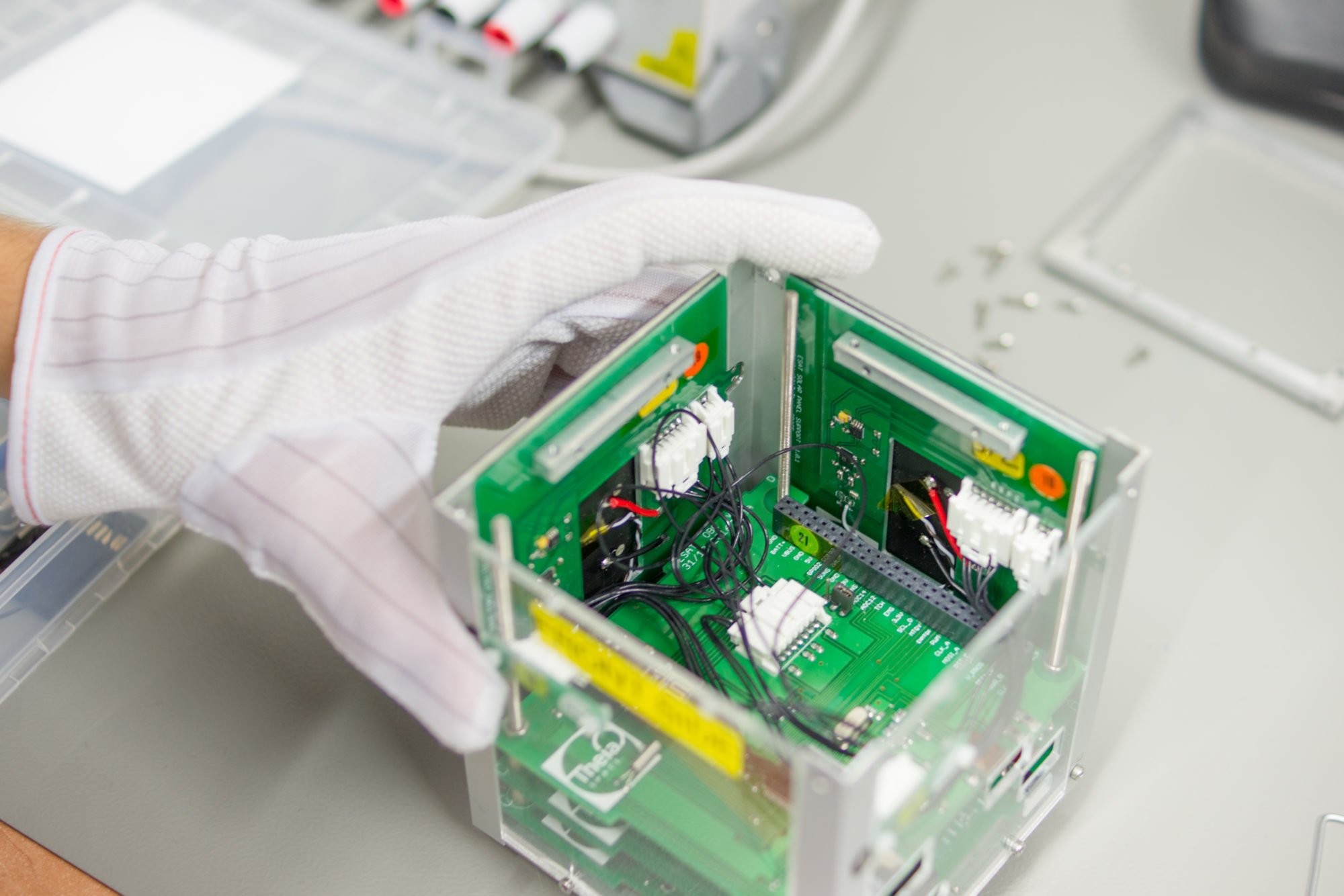 The company sees its potential chiefly in the space sector. It frequently applies for tenders organised by the European Space Agency. Every tender, even the one that is lost, improves the company’s position in the industry. After the first attempt, entities from other European countries, looking for consortium partners, contacted the company. Participation in tender procedure also provides valuable knowledge on what a tender committee draws particular attention to. Scanway also puts an emphasis on building relations with partners from space industry. Big Science institutions, including ESA, provide a number of tools useful in company promotion. These include industry fair events or B2B meetings – such solutions are worth takign advantage of.

Scanway has also started cooperation with Creotech Instruments, which is also working on a satellite, focusing, however, more on the casing than on the scientific aspect of the device. It can be the beginning of a synergy beneficial to both parties.

The company also wants to be the supplier of specialist optoelectronic devices for satellite manufacturers and, at a later stage, also for regular industry unrelated to space. Its competences in terms of vision systems, data and image processing or remote sensing can be applied in such areas as mining, energy or production sector.

Amplicon – innovations with a good start into business