The history of our Park reaches back to 1996. It is then that the representatives of scientific, business and financial institutions, as well as local and national government agencies met at a conference dedicated to the topic of technological parks. It was initiated by Wrocław City Council, Lower Silesian Chamber of Commerce and the Foundation of Development of Wrocław University of Science and Technology.

The meeting resulted in the establishment of the Initiative Group for implementing the project – a Technology Park in Wrocław. It included the representatives of:

The actions of the Initiative Group enabled to create the foundations for Wrocław Technology Park. The group created the structures of a joint-stock company which were to become the framework of the Park’s operations. Later, according to the project accepted by the members, they became the founding shareholders of the company which came into existence on 10 July 1998 (the Economic Academy did not sign up for accession and did not become a shareholder).

The establishment of WPT was very significant not only for Wrocław, but the whole Lower Silesia Voivodeship. Its creation was a part of the regional development strategy adopted by the local authorities of the Lower Silesian Voivodeship. Intensive activities led to the creation of the first building, the Gamma Building, which was put into service six years after establishing the company, in 2004. The next building, Beta, was complete just two years later. First companies started to move into WPT. 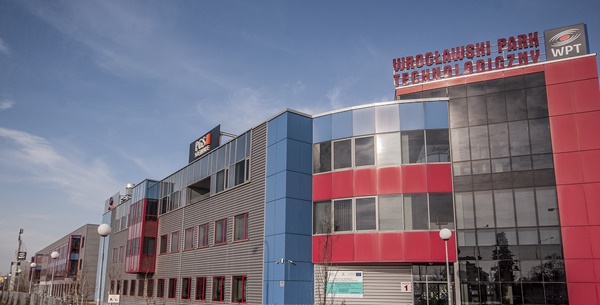 True flourishing of the Park is related to the “From Wrocław Technology Park to Innopolis Wrocław” project completed with the help of EU funds. This project enabled us to create an extensive laboratory and office infrastructure. During the implementation of the project five buildings were built which today, along with Gamma and Beta buildings, constitute the complex that brings together the dynamic business community of WPT:

However, we do not rest on laurels and we constantly develop in order to complete our mission and promote entrepreneurship and innovation.

This site uses cookies to provide services at the highest level. Further use of the site means that you agree to their use. See our privacy policy . OK
Skip to content
Go to Top